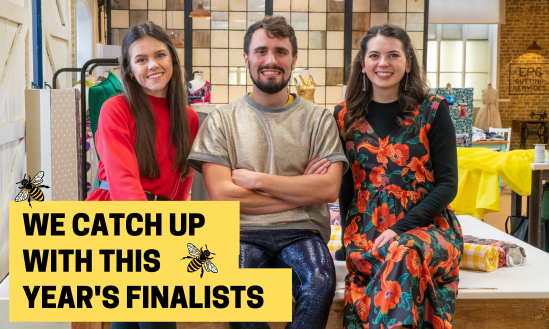 Did you ever think from that first week that you would reach the Final?
To be honest I didn’t even think I would make it past the first week, so I definitely never imagined reaching the final! I remember meeting all my fellow bees the night before we first filmed, and feeling petrified (you could see it on my face at the start of the first episode): they had years of experience and I had hardly any, I thought I’d somehow got on the show by mistake. Looking back, winning the first Garment of the Week was a huge confidence boost, but it didn’t necessarily mean I had the skills to carry on that far. I put a lot of pressure on myself each week as I constantly feared I would be the next one to leave. Making it to the final seemed unbelievable!

Do you feel that you are now a proper Sewing Bee?
I definitely now feel part of an amazing Sewing Bee family, to the point that we are talking about getting matching tattoos! And on top of that, previous alumni are getting in touch to express their support, which is so wonderful! I do wish sometimes we were all back in the haberdashery, present and past bees, sewing day-in, day-out, just maybe without the pressure of the clock…

What was the feeling in the Sewing Room at the semi final?
The feeling in the sewing room at the semi-final was a real mix of emotions! I personally felt so happy to still be there and also worried for my made-to-measure - I really wanted to do the theme justice. There was a lot of excitement knowing the final was so close but we were very tired at the same time, by that point we had sewn 24 outfits under time constraints. All four of us just wanted to do our best and hoped that we could produce some wonderful garments despite the nerves and the tiredness.

Did you feel as a four you were very bonded, and was it tense in the Sewing Room?
We had become really close by that point and it was strange and sad to think one of us might go. We would share thoughts and advice during the challenges, and were super supportive of each other to do our best. All four of us wanted the others to achieve what they set out to do, and to feel proud with what we presented to the judges. Everyone had worked so so hard.

Do you think your sewing improved throughout the series?
YES 100%! I have learnt so much from Esme and Patrick, and from each and every one of my fellow bees - they’re such a talented bunch - not only about sewing but also about fitting, time management, how to keep smiling under pressure (Damien and Cathryn were particularly brilliant at that!). What’s even nicer is that we all keep in touch and ask each other for help and advice on our latest sewing projects. It’s fab and I feel so lucky to have met them all!

Did you ever think from that first week that you would reach the final?
After the first challenge of week one where we had to make a shell top, I couldn’t believe how talented everyone was. I remember thinking to myself ‘this is going to be hard’, and it was. Even though I came second in that shell top challenge, I knew that I was going to have to put even more work into what I made to compete with everyone. Even the first time we all met, I knew there was going to be some very stiff (yet friendly) competition, but it was brilliant that we all were more than willing to help and assist anyone who was stuck.

Do you feel that you are now a proper Sewing Bee?
In all honesty, I felt like a ‘proper Sewing Bee’ ever since I first stepped foot into the sewing room. It just definitely felt a lot more real once I reached the semi-finals.

What was the feeling in the Sewing Room at the semi final?
The feeling in the sewing room generally didn’t change, even when we got nearer the final. It always had the same atmosphere. What did change though was the volume and amount of chatting we did as the difficulty level had upped so much. The pattern challenges were confusing, the transformations were getting more creative and our made-to-measures were expected to be flawless. There was definitely more pressure and more chance of coming near the bottom so you wanted to do the best you could.

Did you feel as a four you were very bonded, and was it tense in the Sewing Room?
By the time we got to the semi-final, we were all so close. It was more like a family. It was so hard because you are willing everyone to do the best they can whilst also wanting to do the best for yourself. It made me just as happy to hear my friends receive positive feedback from Patrick and Esme as receiving it myself. I think the only tense moments were perhaps while our garments were being judged and when we found out who was going through to the final and who was going home. There was nobody else except the other sewers who knew exactly what we were going through and so we relied on each other a lot for emotional support. We are genuinely all still so close and talk to each other nearly every day- not just the four semi-finalists but all twelve of us.

Do you think your sewing improved throughout the series?
Areas of my sewing definitely improved throughout the series. I already had a good basic skill set however the area I felt I improved the most on was definitely the made-to-measure challenge. I didn’t really know how to fit to a model in the first few weeks but began to get a really good insight into how to do it by week 6. I also felt like I started to push myself a lot more within the transformation challenge and think my creativity and ideas definitely improved. Even when I now sew at home, I know I have much better knowledge, skills and ideas than I ever did before, and definitely a lot more confidence.

Did you ever think from that first week that you would reach the final?
Absolutely not. The first week showed me that there was some very tough competition, and I had a lot of learning to do! Each week just kept getting more difficult and it was never certain who would rise up to the challenge. There were some shock eliminations along the way that kept reminding us that no one was safe, and we should never get too comfortable!

Do you feel that you are now a proper Sewing Bee?
Every single contestant who takes part in the Sewing Bee is a proper Sewing Bee, no matter how far along in the competition you get. As soon as we met each other for the first time and walked into the sewing room we were Sewing Bees and had already formed our little family (or hive, or honeypot, or swarm, pick your favourite). The support everyone gave each other continued throughout the whole competition and has done every day since then.

What was the feeling in the Sewing Room at the semi-final?
There were so many mixed emotions in the semi-final: nerves, excitement, gratitude, anxiety, determination, and pure joy. I honestly don’t know how my body dealt with all of that as well as the actual sewing! I think I was mostly just grateful to still be there, in the sewing room, during a pandemic!! How many people can get to say they had that freedom in such a horrendous time? We all recognised how truly lucky we were and tried to make the most of whatever time we had left there.

Did you feel as a four you were very bonded, and was it tense in the Sewing Room?
All 12 of us bonded immediately. The further we stayed in the Sewing Bee, the more weeks we spent together, and we became so used to seeing each other every day! Naturally, such an intense and unique experience comes with feeling very bonded to each other. The semi-final was incredibly intense, but not in an overly competitive way. We all genuinely wanted each other to do well and to show off our skills. The challenges were some of the hardest yet and really tested lots of different aspects of sewing. I felt a lot of pressure in the semi-final, since everybody else had already won Garment of the Week and it was my last chance to try and win one for myself!

Do you think your sewing improved throughout the series?
My sewing definitely improved throughout the series. I think a lot of my growth was in the design process and just learning to let go and experiment a bit, even if it didn’t always work! Something I’ve loved about the Sewing Bee is that the challenges often forced me to try new techniques or fabrics that I’d never had the chance to try, or I’d been apprehensive about (or sometimes knew I hated and just avoided it, hello chiffon!). I ended up learning so many new skills that I can take forward into future projects. 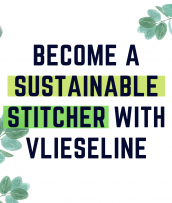 #AD Eco-conscious crafting has never been more popular, and thanks to Vlieseline… 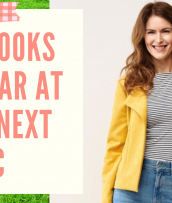 Five looks to wear at your next picnic

After months indoors, we can’t wait to put on our glad rags and head… 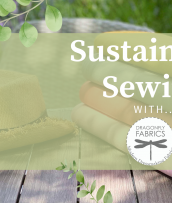 #AD Eco-conscious crafting has never been more popular, and thanks to Vlieseline it has also never been easier. Read on…

#AD Eco-conscious crafting has never been more popular, and thanks to Vlieseline it has also never been easier. Read on…

Five looks to wear at your next picnic

After months indoors, we can’t wait to put on our glad rags and head outside. First on our list of social…

Did you ever think from that first week that you would reach the Final?
To be honest I didn’t even think…