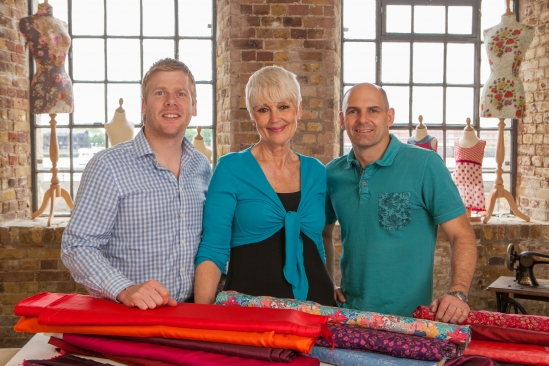 How did you first learn to sew?

I spent the early part of my life in South America. We travelled extensively and lived in various countries, Uruguay (where I was born) Cuba, Chile and the Argentine. However, it was while we lived in Buenos Aires, Argentina that I got my first taste of sewing. I was 11 years old and from that very moment I was well and truly hooked! My mother had a friend with a sewing academy in the attic of a rather old building in the centre of the city. I went with her as I loved the atmosphere in that dusty attic full of paper patterns, dressmakers dummies and the sound of whirring sewing machines. My mother would sit me in the corner and instructed me on all the hand sewing stitches that she could think of just to keep me quiet and stop me asking questions! My proper sewing classes started a year later when I was sent to school in Edinburgh and had a wonderful sewing teacher. She gave me the confidence I needed at that time to help me overcome the confusion I felt of being away from my parents.

What made you apply for the Sewing Bee?
I applied for the Sewing Bee as a dare! I had decided to spend the day sewing. I was making an evening dress in a fabulous material and I was looking forward to it. I had set up my machine on the dining room table, the sun was streaming in through the windows. Before starting, I decided to update my Facebook status with: “The sun is shining through the window, my sewing machine is all set up, I have a mug of tea by my side and I am going to sew and sew all day! My idea of heaven!” To my surprise, suddenly messages were coming in from lots of people suggesting I submit an application for the Sewing Bee. Attached to one of the messages from my good friend Natalie, was the form for the programme. Needless to say I didn’t get round to sewing that February day, I spent it filling in the application form, and the rest is history!

What was it like being on the Sewing Bee? Was it as stressful as it looks?!

I think the most stressful time on the Sewing Bee was definitely the recording of the first programme. There are so many people involved in the making, directing and filming that you are unaware of as a viewer watching at home. But it is very strange how quickly you get used to it. The team are so professional and good at putting one at ease so you quickly find it quite natural to have cameras up close, and become used to being questioned all the time about what you are doing. I found that I did have to stop sewing to answer, as if I didn’t, I’d make a mistake or stick a needle in my finger! When you were running out of time, it was easy to find yourself losing patience but daring not to say anything in case it was misinterpreted!

Well done on getting through to the final! Did you ever expect to make it through?

I never in my wildest dreams expected to be a participant on the Sewing Bee let alone a finalist. Throughout the show I was dreading being sent home! Not having to be filmed walking out of the door was a great relief to me! My money was on a man winning, as they were all truly amazing. I loved the way both Neil and Matt approached each task given to us, they read the instructions and followed them religiously. I tended to skim through them and think of short cuts, which can tend to lead to mistakes, which cost time to rectify but do make sewing exciting! What I loved about Matt most of all, apart from his fantastic avant-garde creation, was his love for gizmos and gadgets. If he saw a sewing machine attachment, he had to give it a go. His ideas of using stones and dog clips were ingenious. Only someone with a creative, engineering or technical type of mind would approach sewing the way he does!

Did you enjoy your time on the show? Did you make some good friends?

I really enjoyed the experience of being on the show. I didn’t always feel like that at the time, as it was quite stressful sewing to time limits. Most of us are used to sewing at our own pace, with music in the background taking frequent tea breaks! To suddenly have to work to tight time limits was quite a shock. Looking back I can see we had fun and it is good to be taken out of ones comfort zone from time to time. All the contestants are good fun to be with, very cheerful with great personalities. We all share a love of sewing, so we never run out of things to talk about. We frequently check out each other’s latest sewing projects.

What did you think of the judges?

May and Patrick were very fair. They gave out advice and criticism when needed and took their time to choose the garments they thought were best for the final selections. It was interesting to see the difference of being judged by a dressmaker and a tailor. Both professions produce garments, but not always assembled in the same manner. This difference often caused deep discussions between them, which were fun to watch. I found the comments the judges made were very helpful and did not make me feel my work was being criticised at all.

What were your favourite and least favourite parts of your time on the show?

The things I most enjoyed on the show were the challenges where you had no idea what you were going to get to work with. The garment I had most fun with was the wet suit. I had no idea what I was going to do at the moment that I cut the two circles out of the front of mine! My least favourite time on the programme was definitely when one of us was sent home. It was truly horrible to know that you would not be seeing them on the next filming day, very sad.

What kind of sewing do you usually do?

I am a dressmaker at heart but can do most things that my sewing machine is able to do. If fabric is too thick then I will try and do it by hand. I love making special occasion garments and working with beautiful fabrics. I made clothes for my two sons when they were young. I do feel that the poor things did not always appreciate it though, especially the floral Bermuda shorts they had to wear on holiday, long before they became truly fashionable! I tend to do lots of alterations for friends and family too, but love it when I can help.

How has life changed since you’ve been on the show, and what are your plans for the future?

Before applying for the Sewing Bee my husband and I had planned a holiday of a lifetime, travelling around South and Central America. As you can imagine this journey has taken up a considerable amount of time and has been wonderful. The disappointing thing is we were unable to see the show when it was on air and had to wait until we got back to the UK to watch a recording of all the shows! I haven’t had time to think about how taking part in the Sewing Bee might change my life but should think the one thing I can guarantee is I will continue sewing; that is something that will never change!

How do you feel about the show’s success and the promotion of sewing?

The Great British Sewing Bee has very much helped promote sewing. You only need to look at all the fabric shops opening up on our high streets, encouraging people to take up sewing and needlecrafts. I know of boys and girls begging their mothers to be allowed to stay up a little later than usual so that they can watch their favourite sewing show! This is all good news for the future of sewing. I feel that a lot of parents tend to assume that because they are not skilled at certain things, then their children won’t be either. It would be nice to think that every young person could have the opportunity to experience skills at school the way I did. It was my choice, my personal decision, made at a very early age without any influence from my parents!

See the May issue of Sew for more from the Sewing Bee finalists including winner, Matt Chapple! 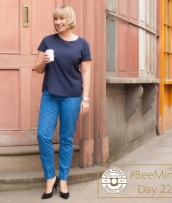 She’s the behind the scenes sewing producer on The Great British Sewing Bee, but... 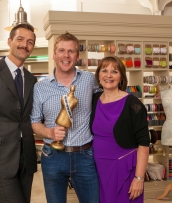 A Japanese asymmetric top with minimal instructions and only grain line and... 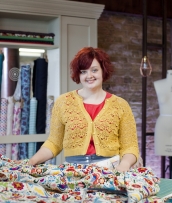 When you have tricky fabrics afoot, You know it has to be...

She’s the behind the scenes sewing producer on The Great British Sewing Bee, but did you know Claire-Louise Hardie also teaches…

A Japanese asymmetric top with minimal instructions and only grain line and notches to go on! I was on the…

There is nothing to prepare anyone for the onslaught…